TYPHOID IS ON THE RISE IN PAKISTAN

TYPHOID IS ON THE RISE IN PAKISTAN

Find best doctors online and know more about it

According to the WHO up to 161,000 typhoid-related deaths occur each year. Typhoid fever is a type of enteric fever (one that affects the intestines) which is a huge health concern in developing countries like Pakistan. From 2016-2018 more than 8000 cases of typhoid were reported out of which more than 5000 were drug-resistant typhoid in Sindh province alone.

Most common complaints of individuals with typhoid are high grade fever, abdominal pain, vomiting and diarrhea or constipation. If you have experienced such symptoms, then see your doctor immediately or you can find best doctors online by downloading an online health service app on your smartphone.

Typhoid is a bacterial infection that can become serious if not diagnosed and treated earlier. If it is caught on time, then it can be treated successfully with antibiotics. It is caused by the bacteria Salmonella typhi. Typically, it is spread through contaminated food and water therefore it is more common in areas where handwashing is infrequent or there are unhygienic environments.

Typhoid fever is caused by a bacteria called Salmonella typhi. It is commonly thought that the bacteria responsible for salmonellosis is also caused by the same bacteria, but its’s not. Transmission of typhoid is mainly through two routes:

As the name indicates, the bacteria that cause typhoid fever spread through contaminated food or water and occasionally through direct contact with someone who is infected. Typhoid fever is rampant in developing countries like Pakistan, where typhoid fever is considered an endemic. Most cases are caused by consuming contaminated drinking water and poor sanitation and unhygienic environment. People in industrialized countries pick up typhoid bacteria while traveling to such endemic regions and bring it back home and spread it to others through the fecal-oral route. They might even be unaware that they have contracted the bacteria or they may be carriers of the disease despite being treated.

Salmonella typhi is passed in the feces (stool) and sometimes in the urine of infected people. You can contract the infection if you eat food handled by someone with typhoid fever who hasn't washed carefully after using the toilet. You can also become infected by drinking water contaminated with the bacteria.

Some patients of typhoid fever continue to harbor the bacteria in their intestinal tracts or gallbladders for years ever after treatment with antibiotics. Such people are called chronic carriers and shed the bacteria in their feces. They are capable of infecting others, although they no longer have signs or symptoms of the disease themselves.

Who is at risk of getting typhoid?

Typhoid fever remains a serious health concern world over— especially in the developing world — affecting an estimated 26 million or more people each year. The disease is established (endemic) in India, Southeast Asia, Africa, South America and many other areas. Children are at greatest risk of getting the disease though they generally show milder symptoms compared to adults.

You might be at an increased risk of developing typhoid fever if you: 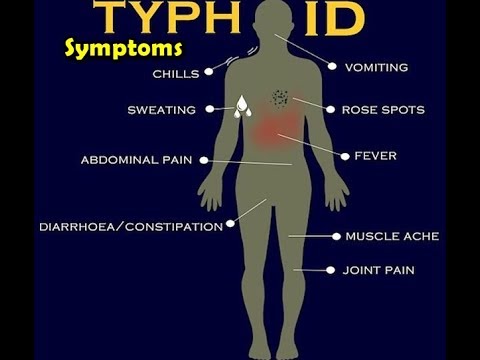 Signs and symptoms of typhoid

Early signs and symptoms include:

Later on as the fever progresses and treatment hasn’t begun then you may become delirious, fatigue and extreme lethargy.

If you develop signs and symptoms after travel or if you live in an endemic region, then consult with your primary healthcare provider immediately. You can also find best doctors online at My live doctors, a telemedicine app that connects you with online doctors instantly. It is not only quick, but cheap and efficient too. It allows you to get expert medical advice at home! A specialist in Pakistan may be able to recognize and treat this illness more quickly than can a doctor who isn't familiar with these areas.

Request a tele-appointment with doctor in Pakistan today

My live doctors makes quality healthcare accessible to people who live in rural or remote regions who otherwise may not be able to reach a medical facility nearby. It allows patients in villages to talk to qualified healthcare professionals online and monitor their health condition remotely. If the doctor feels there needs to be a more detailed assessment then the patient will be guided accordingly.

How do you treat typhoid?

In case of typhoid, prevention of disease plays a more important role than treatment itself. Typhoid vaccines are available for people who travel to typhoid-prevalent regions. Other measures to prevent typhoid include:

Supportive measures include frequently monitoring fever and drinking plenty of water to prevent dehydration due to diarrhea. For more information on different causes of abdominal pain, please visit www.mylivedoctors.com